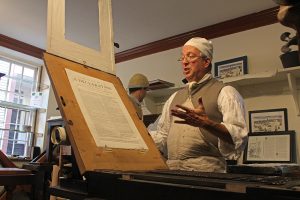 “Problems and Solutions in American History ” class visited the Printing Office of Edes & Gill near the Old North Church. For one of class assignments students read early 19th-century newspapers.

At Edes & Gill students met a historian and master printer Gary Gregory, who demonstrated how an 18th-century press worked and how the papers were produced. Students’ blog entries tell the story: https://sites.suffolk.edu/sf1133/ 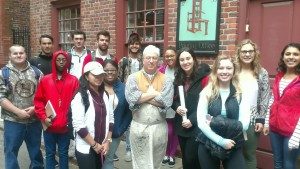 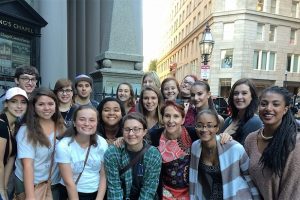 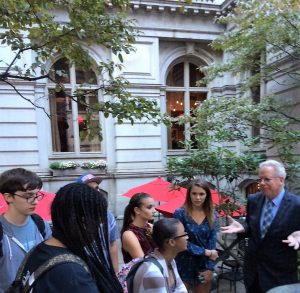